Thank you for your patience while we retrieve your images.

Visitors 10
1228 photos, 4 videos
Here we go again! Lucky us, we made another amazing road trip through the northwest to Alaska! We were on the road nearly 2 months nonstop this time and we were able to revisit some favorite spots, and see a whole lot more.

Traveling with friends is the best! We were able to talk some of our favorite people into sharing the adventure. Thank you to Bob and Mari, Bruce and Donna, and Randall and Judy for joining us! Even though our pace proved to be too slow at times for some and two fast for others, all were flexible enough to find their own groove and make the most of the opportunity.

We left late in the season which was a gamble with the weather. We did have slight rain and it was cold at times, but we got to see the beautiful fall colors. Wow!

Some of the best parts of the trip were before we even left the "Lower 48". There is so much history and beauty along the way. We finally hit the weather right and were able to drive the "Going to the Sun" road in Glacier National Park in Montana. Who knew cherries were the thing? We had a weird (!!??) supplier, but got our fix in Polson/Flathead Lake, Montana. We didn't die, so it's all good!

Of course, the drive through Canada is a huge percentage of the trip. We were in and out of British Columbia, The Yukon and Alaska multiple times. Some of the border crossings were just one man outposts in the middle of nowhere, but you always need those passports ready, and hide the apples!

We came prepared this time to hang our sign at the Sign Forest in Watson Lake. We didn't have anything to hang last time so this time we brought our custom made all weather Hixson sign to commemorate our 1998, 2013 and 2019 trips. It was hard to find a good spot without covering up someone else's (rude but it happens), but we found a nice spot up high and facing north. There are over 80,000 signs posted there, and we hope anyone going there in the future seeks out ours. (yeah, right!!)

Yes, there were bears! The wildlife was abundant, but the best bear view was the beautiful big BLACK Grizzly bear at the viewing decks in Hyder. We were just above him as he gorged on the salmon run in the creek. He was so close! We could hear the crunching as he chewed, and the scratching of his claws on the rocks. It's great that Alaska makes it easy and safer for the people and the bears to interact. Yes, they are dangerous, but follow the rules and it can an amazing experience.

We planned months ahead to swing back to northern Alaska as late as possible in an attempt to catch the northern lights. Well..... we spent a couple of nights at Chena Hot Springs, and yes there were northern lights. But Bruce was the only one who could stay awake to catch them at 2 in the morning. So I have no pictures!! Maybe I'll steal some of his. Yes, after soaking in the hot springs all evening, I was too sleepy to get up at 12:30 am to go out and wait..... my big regret of the trip. Dang!

We did get our "Discovery Chanel Alaska Shows" fix. In Dawson City, there were hints of"Gold Rush", and we saw Tony Beet's barges used to move the recovered dredge up (or down?) river. Haines was Parker Schnabel territory. But the best was our visit to the Kilcher "Alaska the Last Frontier" homestead near Homer, Alaska. Since the fires were so bad we couldn't get off the Kenai Penninsula, we decided to take a day and take the tour with one of the obscure 5 sisters that you never hear about on the show. She was a hoot, but it was really interesting to hear the whole story about the homestead and the family. The Discovery Chanel obviously does their thing to make story lines, but the homestead is the real deal, and there is much more to it than what you see on the show. It was great!

Thanks to Bob and Mari for sticking with us till the end, well at least to the Osoyoos border entry back to the US. Randall and Judy did make it back west to the Olympic National Park in Washington, but we decided to save the northwest coast for another trip and headed back to Idaho. We are so glad we did. The Snake River and Hell's Canyon areas were a nice surprise. Since we again hit the end of the season, we got a perfect camp site on the Salmon River in Riggins, Idaho. BUT we had 4 straight days of hard rain. It's a good thing that the weather was so much better at the front end of the trip.

Pictures are worth a thousand words as they say, and I'm posting over a thousand pictures! So put up your feet and enjoy! And feel free to download and share as you wish.

Thanks again everyone (our travel buddies) for making this such a fun trip! We hope it was everything you wanted it to be. See you all real soon in the Emerald Triangle!
© Alison Hixson Photography 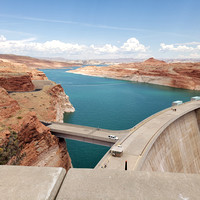 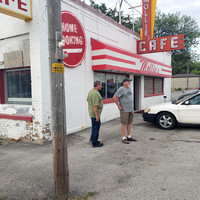 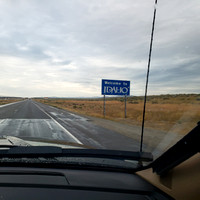